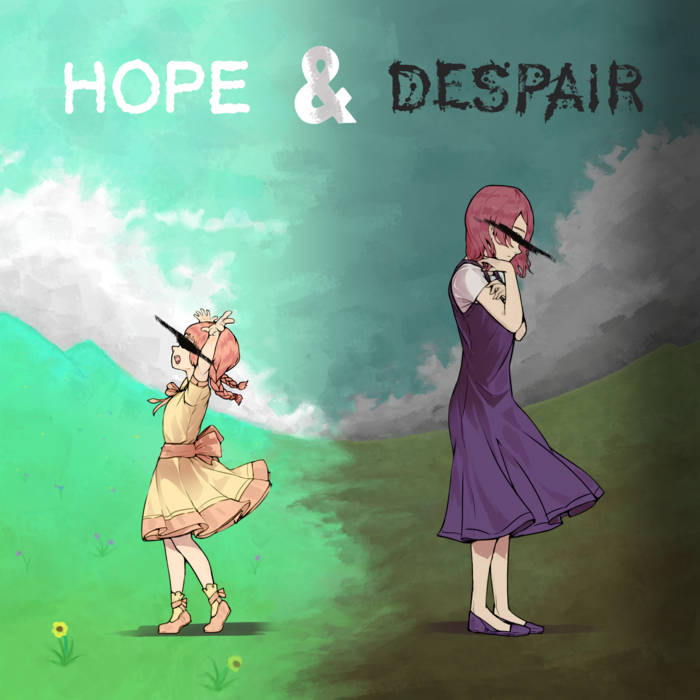 This album consists of two totally opposite sides, one cheerful and hopeful and one dramatic and despair inducing.

The despair half consists of mostly dramatic pieces. It came to be because I wanted to make more music with choir VSTs, try my hand at Gamelan and compose more dramatic music in general.

What inspired this split was Danganronpa, a game series with a similar theme. I finished watching the anime around that time and caught up to the rest of the games to prepare myself for my playthrough of Danganronpa V3.

Characters were drawn by Dewitri Virika and background and title were made by Taylor Ruddle of www.designbychamp.com.

Hi, I'm a German video game composer and sound designer! You can learn more about me and my music on my website or you can follow me on Twitter (twitter.com/FulminisIctus) if you want to stay informed on what I'm currently working on!

Bandcamp Daily  your guide to the world of Bandcamp